What You Need to Know Before Buying LEDs

You’ve done the research, checked the facts and the jury is in: LEDs are indeed the energy efficient bulb of the future. Making the decision to switch to LED was the easy part. Now it’s time to navigate the lighting aisle and learn LED lingo. Fortunately this helpful guide will provide all the info you need to make buying LEDs a breeze. 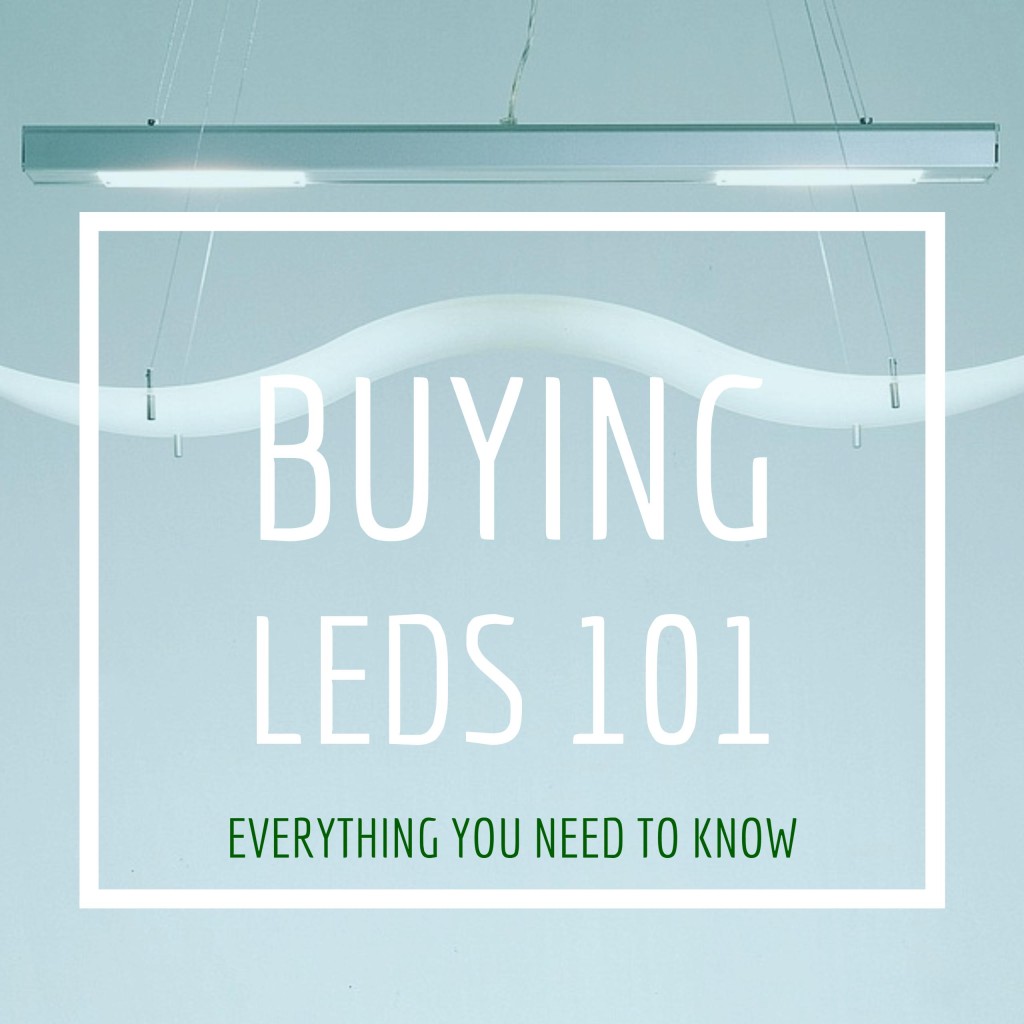 Instead, watts measure the amount of energy used to power the bulb itself. LED bulbs draw considerably less power than incandescent bulbs, so wattage will be a poor indicator of LED brightness. Rather than trying to memorize that an 8W LED is roughly equivalent to a 60W incandescent, check the number of lumens (lm) to get the true measurement of bulb brightness. The higher the lumens, the brighter the bulb. It might take a while for the brain to switch from auto-watt recognition to lumens, but until then, use this conversion chart when you are buying LEDs.

LED bulbs draw considerably less power than incandescent bulbs, so wattage will be a poor indicator of LED brightness.

The packaging will also list important details like indoor/outdoor usage, fixture suitability and dimming functionality (more on this later). When in doubt, refer to package labels for the most accurate information related to each specific bulb.

Not too sure what Kelvin has to do with color? Just remember: low equals more golden glow and high looks like a crisp blue sky. In other words, LEDs with a lower Kelvin value are warmer in color whereas a higher Kelvin value is associated with a cool, bluish, more energizing light. Warm, golden light will typically measure 2,700 to 3,000K and cool, stark-white light is generally 5,000 to 6,500K.

Still not sure what it all means? Check out my blog How to choose the right LED color temperature. 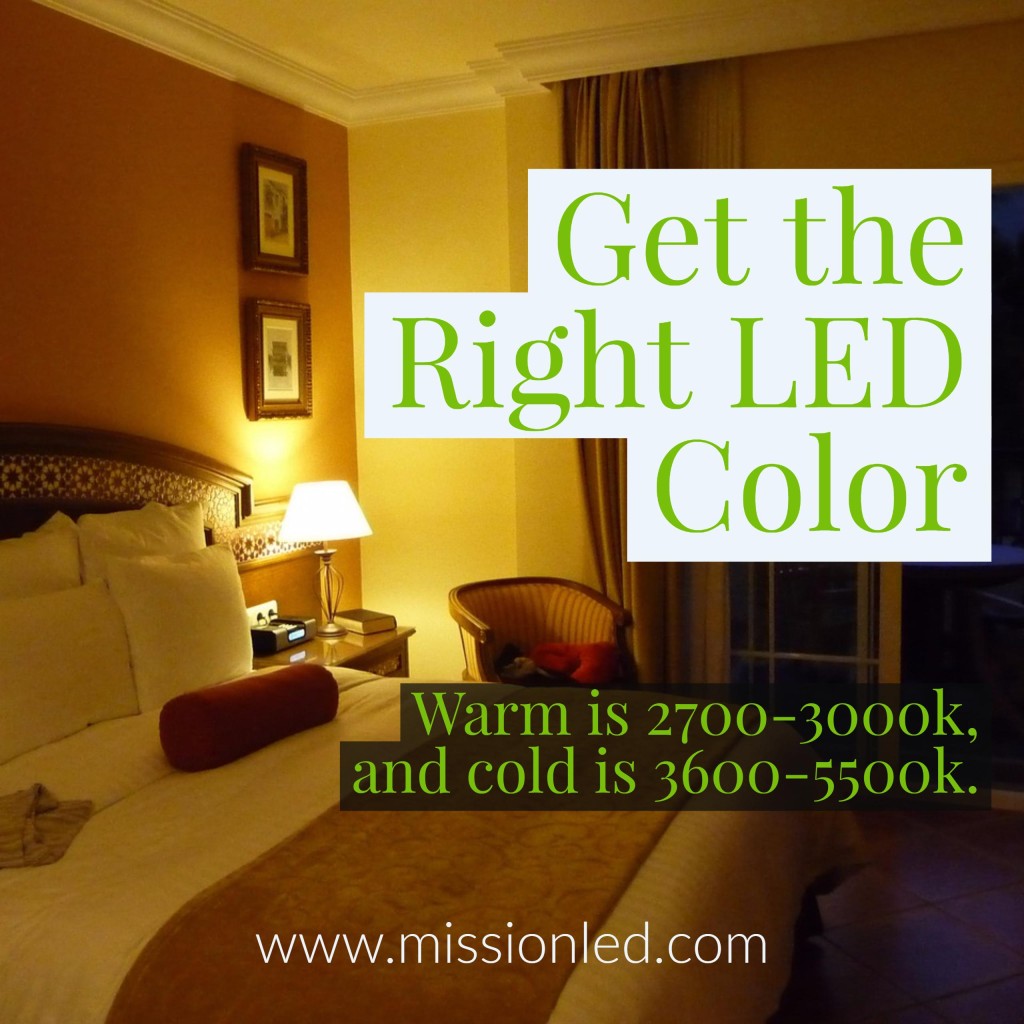 On average, LED bulbs consume one-sixth the energy of incandescent bulbs and last up to 25 times longer. To put this in perspective, replacing a 60-watt incandescent with an LED equivalent will save $130 in energy costs over the LED’s lifetime. If the average homeowner replaced all incandescent bulbs with LED, energy savings could top $250 annually.

–       Replace your current dimming switch with one that is LED-compatible;

–       Buy LEDs that are specifically compatible with traditional dimmers (these bulbs typically cost a bit more); or

–       Purchase smart bulbs like Insteon LED or Philips Hue Lux LEDs, which make home light automation as easy as replacing a light bulb—no hardwiring required. Instead, these bulbs are connected to a home automation hub and are controlled by an app. In addition to dimming features, you can also schedule when lights turn on or off, and some models also change colors completely, which makes lighting automation a great alternative—and upgrade—to traditional dimming switches.

This design feature means many LEDs are not compatible with fully enclosed lighting fixtures. If you are buying LEDs for recessed or enclosed spaces, make sure they are specifically approved for fully or semi-enclosed fixtures. This will protect your LED investment and ensure your bulbs last as long as promised.

While LED technology and its applications are vast and complex, making the switch to LED lighting need not be intimidating. Just keep these tips handy the next time you’re buying LEDs.

John Keirstead
Serial Entrepreneur, Technologist and Inventor my objective is to develop useful products that have a net positive effect in the lives of those that use them and the environment that we live in. CEO of Mission LED Lighting Company Ltd.