How to Read Your Electric Bill and Reduce It

If you’ve ever tried to read your electric bill, you may have been baffled by the various terms and line items and wondered how your provider arrived at the final amount. Depending on your location and provider, specific billing details may vary, but the following are general tips on how to read your electric bill, as well as some energy saving tips to reduce residential electricity costs. 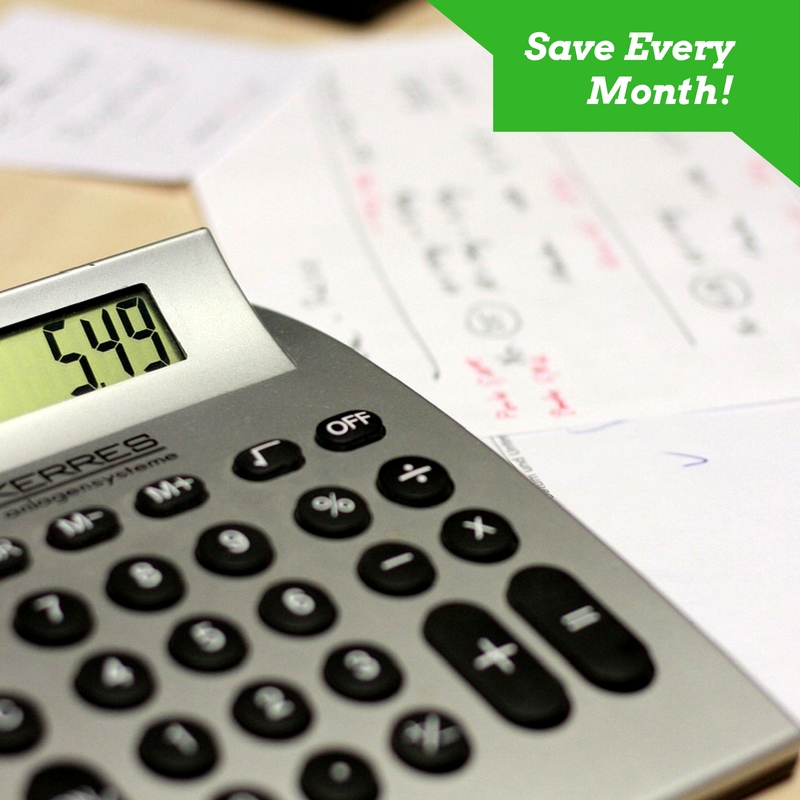 Electricity consumption is measured in kilowatt-hours (kWh). One kWh equals one hour of electricity use at a rate of 1,000 watts. To put that in perspective, a 150-watt light bulb requires 3.5 kWh to power it for an entire day. The average North American household consumes approximately 600 kWh of electricity per month.

Rate-Base: Regulated or Default Supply. Electricity rates are calculated differently for different customers. In Alberta, for example, most residential customers are receiving electricity under the Regulated Rate Option (RRO), which is based on a rate-setting plan approved by the Alberta Utilities Commission.

The RRO rate on your electric bill changes monthly both in terms of electricity rates (¢ per kWh) and administration charges ($ per month). Rate fluctuations are generally minor, but are affected by supply and demand. This means that factors such as generator maintenance, transmission issues, and high consumption volume will all impact the RRO rate.

You can safely assume then that the price of electricity is highest during months of peak usage—basically from July (prime air conditioning weather) through to January (fewest hours of natural daylight).

Default supply customers pay a flow-through price for their electricity that is based on the pool price, which varies from hour to hour throughout the year. For EPCOR customers, this option is typically reserved for large-facility commercial customers, as you must consume more than 250,000 kWh per year to be eligible.

Electric Energy Charges. This part of your bill should be relatively straightforward. It lists your initial and final meter readings, which are used to calculate the total amount of electric energy used during the specified billing period.

The billing period will be further broken down into rate-specific time periods with start and end dates, along with the respective rate measured in ¢/kWh and an administrative charge, which covers costs associated with billing and customer service. Based on the above, there should be a subtotal specific to electric energy charges.

Delivery Charges. This is where things get a little murky. Whereas your favourite pizza or Chinese restaurant will have a nominal, set delivery fee, your electric bill will identify a plethora of different charges here, all of which loosely fall under the category of delivery charges.

According to EPCOR, they bill delivery costs associated with maintaining power lines, responding to power outages and meter reading on behalf of the Wires Owner. (I like to imagine my Wires Owner looks exactly like Gru from Despicable Me, dispatching an army of adorable minions to fix a downed power line.)

While we may not be that much closer to fully understanding every item on our power bill, one thing we know for sure: the best way to reduce your electric bill is to reduce the amount of electricity you use. Not only will you save money, but you will also help reduce your overall carbon footprint and help in the fight against climate change.

Michael Bluejay’s Mr. Electricity is a fun, informative site with a ton of reference guides, energy calculators and ideas on how to reduce home energy use. Bluejay recommends starting with the biggest energy users first, as these changes will have the greatest impact on the bottom line.

The table below is a sample of a few strategies he suggests, as well as estimated annual electric costs savings.

*Calculations courtesy of Mr. Electricity and based on a rate of $0.15/kWh

**Based on Light Bulb Cost Calculator

It also helps to think about your peak electricity-consumption months —which also tend to have the highest RRO rates—and specifically target the energy guzzlers associated with that spike in usage. Air conditioners in summer, or indoor and outdoor lights in winter are great targets for energy saving strategies that will help reduce your electric bills.

As you make changes in energy consumption habits, be sure to closely read your electric bills and track the amount of electric energy used each month. Create a spreadsheet so you can track usage.

Your electric bill may include a bar graph illustrating monthly consumption for the past 12 months, but a spreadsheet will eventually include several years worth of data, which will better evaluate the efficacy of the changes you implement, and track energy costs over time.

John Keirstead
Serial Entrepreneur, Technologist and Inventor my objective is to develop useful products that have a net positive effect in the lives of those that use them and the environment that we live in. CEO of Mission LED Lighting Company Ltd.

Sued for Speaking Up: Can We Take Back Shawnigan Lake?

Saving the World and Saving Money: Green Home Improvements Every Homeowner Should Make